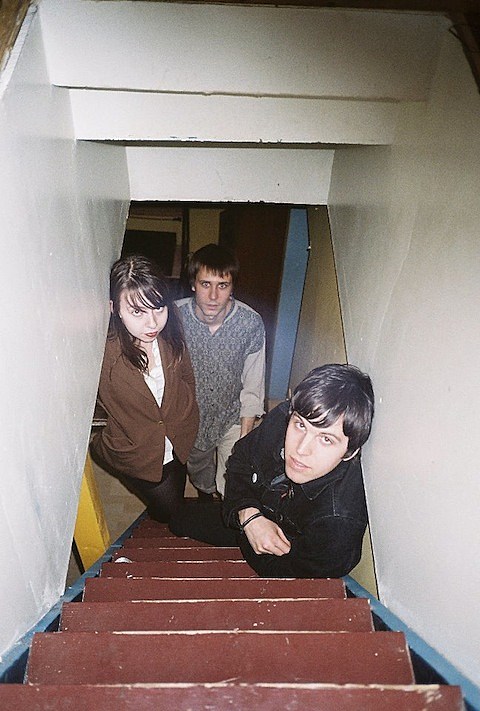 Chicago indie rockers Outside World formed earlier this year, serving as a side project to frontman Ben Scott's Brain Idea. Brain Idea called it quits in August, and now Scott has more time for his bandmates Hazel Rigby (ex-Big Knife) and Evan Jenkins. They self-released a 6-song cassette in January, and dropped another, called Seaside Nowhere, last month via Night-People Records. You can stream a couple of tracks from each release at the bottom of this post.

On these two releases, Outside World have taken a more anthemic, high-energy approach to indie rock. I recently caught them at the Mousetrap, opening up for Merchandise, and was reminded of the few Japandroids shows I've seen this year. The songs are centered around Scott's guitar parts, and while he's not much for face-melting riffs, his a-typical (for the genre) playing style is what initially interested me. Seaside Nowhere's "Invade Your Dream" begins with a choppy guitar progression with delay, only to be accompanied early on by Rigby's punchy bass. Jenkins fills out that song with a heavy emphasis on hi-hat work, and huge cymbal crashes for effect.

Outside World are currently on tour, and their next hometown shows are opening slots for The dB's at the Hideout on November 15 & 16. Tickets are still available for both shows.

All known Outside World tour dates and some song streams are below...