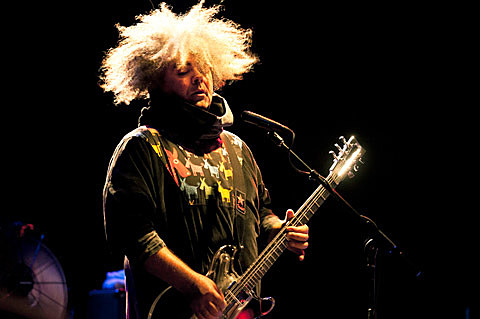 As seen on BrooklynVegan, the Melvins Lite (Melvins minus Jared Warren and Coady Willis, plus bassist Trevor Dunn) are attempting to break the Guinness World Record for "Fastest Tour of the U.S. by a Band." Their plan is to play 51 shows in all 50 states plus one in D.C., in the span of 51 days. Nuts. One of those shows is a stop at the Double Door on September 21. Tickets go on sale this Saturday (6/9) at noon CST.

The Melvins Lite's new album, Freak Puke, hit stores today via Ipecac. Stream the album in its entirey via Spinner.