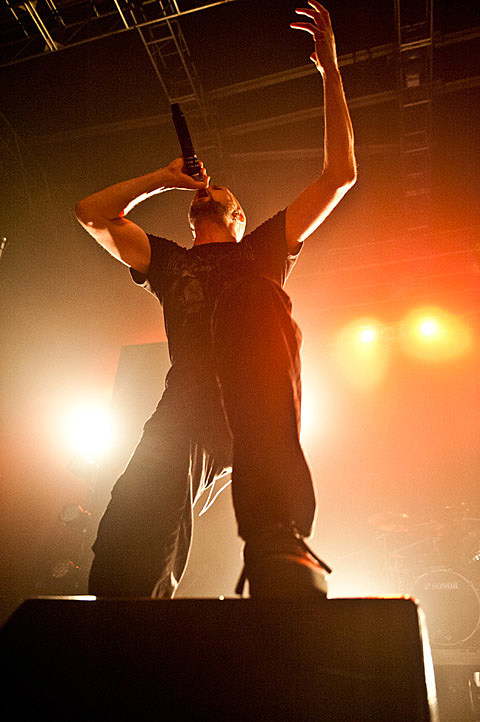 Swedish djent forefathers Meshuggah have announced that they'll be embarking on a summer North American tour surrounding their appearance at Bonnaroo 2014. The tour, which is in celebration of the outfit's 25th anniversary, includes a performance at the Vic Theatre on June 15 with support from Between the Buried & Me. Ticketing information for the Chicago show is forthcoming, but check JAM Productions for updates. The band are also asking fans to help choose their setlists for the tour by voting for one song per album in their catalog.

All Meshuggah dates and a couple of videos lie after the jump...