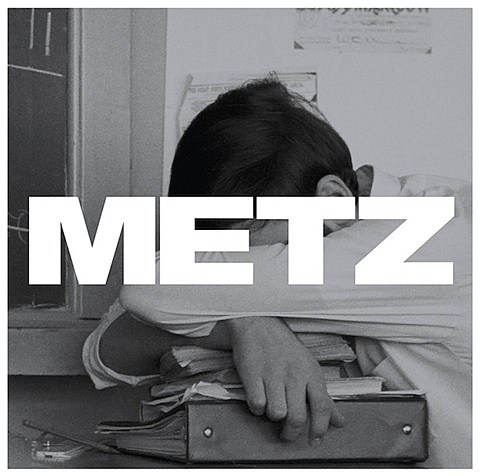 As mentioned, Toronto-based noise rock crew METZ recently inked a deal with Sub Pop, who will be releasing their self-titled debut on October 9. The LP is now up for preorder, which includes a limited "Loser Edition" and a bonus 7". Download METZ's lead single "Headache" at the top of this post and/or stream it below.

METZ have a few summer tour dates left on their schedule, including a Chicago show on August 24 at the Bottom Lounge with Archers of Loaf (tickets). After a quick European run in October the group will kick off another string of US dates, which hasn't been announced in full, but includes an October 27 show at the Empty Bottle. Tickets go on sale this Friday (8/10) at 10AM CST.

All METZ dates, a stream of their new single, and a couple of LP teaser clips are below...