Midnight at Rites of Darkness (more by BBG) 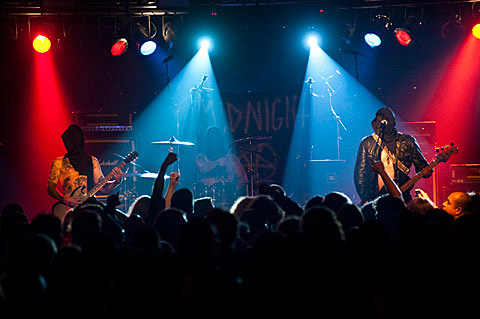 Midnight have added a night in the Windy City to their upcoming live schedule! The sleaze-ridden Cleveland trio will play April 27th at Reggie's Rock Club alongside The Gates of Slumber, Scythe, Ares Kingdom, and Stone Magnum as part of a pair of dates for the band. Tickets are on sale. Midnight will also join Ares Kingdom and The Gates of Slumber in St. Louis, MO on April 28th at El Lenador as well as at Acheron in Brooklyn, NY on April 7th.

Midnight released the majestic BV favorite Satanic Royalty earlier this year (we premiered a new song). All tour dates and some live videos below...