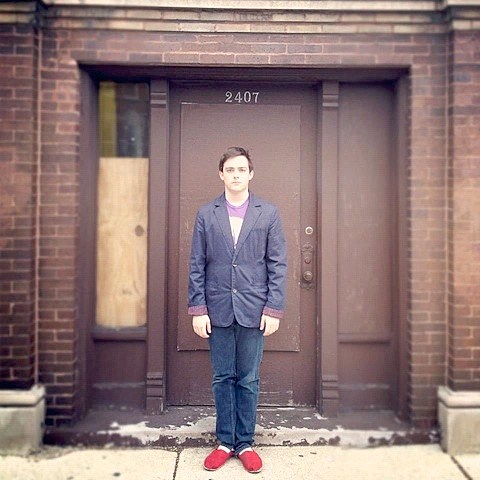 Young Chicago via Connecticut, Lefse-signed producer Mister Lies made his Chicago debut at the Empty Bottle on July 11 as part of a PORTALS showcase. Supreme Cuts, The-Drum, Different Sleep, and Soleman were also on the bill. Were you there? How was it? Watch his set via a few videos at the bottom of this post. He performed songs from his debut EP Hidden Neighbors, played around with some samples (including Ludacris' "What's Your Fantasy"), and also slipped in some of his newer work.

Speaking of newer work, Mister Lies has three new tracks on the recently released Svengali Label Compilation Two. They are called "Dive (Into It)," "...And Then...," and "Apollonian." "Dive (Into It)" samples a few lines from Bjork's "The Anchor Song." Stream all three at the bottom of this post and take a listen to Compilation Two via bandcamp.

The-Drum, who also performed at the PORTALS showcase, released their new EP Sense Net today (7/17) via Mishka. You've already heard its lead single "/SYS" and you can now download the EP for free via bandcamp.

Mister Lies song streams and videos from the Bottle below...