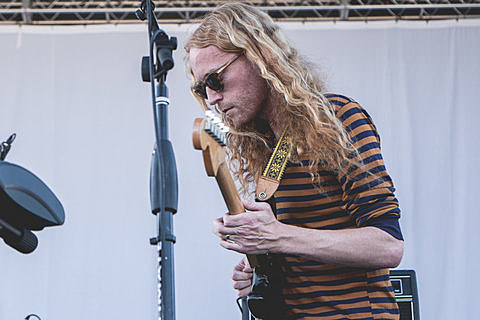 Delightfully twisted Los Angeles psych rock auteur Morgan Delt welcomed his fantastic self-titled LP in late-January via Chicago's own Trouble in Mind. It's some truly brain-scrambling stuff (in a good way), and you take take a listen to the album in its entirety at the bottom of this post. Delt, who just recently played Austin Psych Fest, will be opening a handful of Midwest dates for The Flaming Lips in June/July. Before that run kicks off, Delt will tag Chicago for a free show at the Empty Bottle on June 9 with Verma and Canada's Crosss. Verma headline in celebration of their forthcoming TiM LP Sunrunner, and no RSVP is needed.

All Morgan Delt dates and a stream of his self-titled LP lie after the jump...