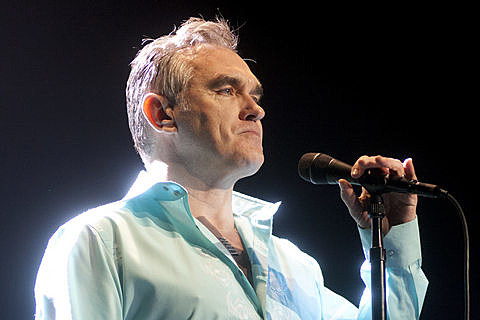 Morrissey can't seem to play a Chicago show without postponing at least once. In all seriousness though, the guy has been battling illness over the past few months, including a bleeding ulcer, Barrett's Esophagus, and double pneumonia. As you may recall, Moz was slated to finally play The Chicago Theatre on March 23. That show, and all other North American tour dates, have now been canceled. Official fan site True to You report that these dates will NOT be rescheduled.

Morrissey's full statement on the tour cancelation is below...

"It takes a lifetime to find the right words, and at the moment, I haven't got them. I've been a colossal pain where this continuously unpredictable illness is concerned, and now the physical limits have been reached. The tour had, in fact, been fantastic for all of us - a new slice of life full of concentrated power. The audiences everywhere have given so much, although I know that neither of us will ever receive our due. I hope this isn't the end, and I hope there will be other chances, minus the heavy burden of illness. Knots of grief today, but full of resolve for tomorrow." Morrissey, Mexico, 16 March.