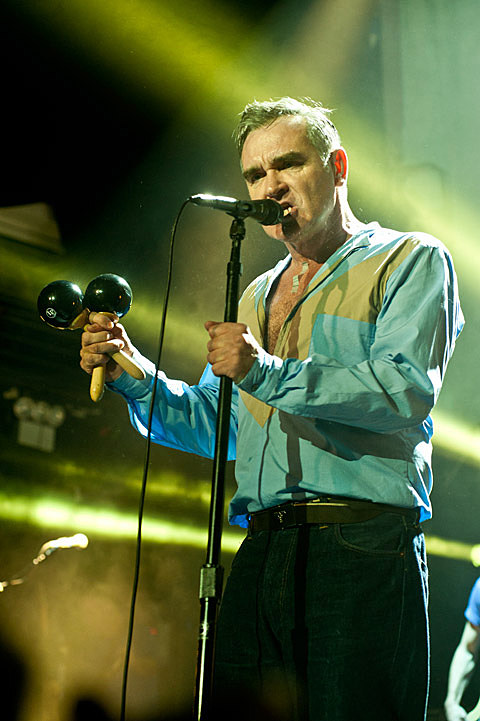 According to Morrissey zine True To You, Moz has postponed some dates on his current US tour in order to head to England to be with his mother, who has been hospitalized due to an illness. He'll be resuming that tour on October 29 in Minneapolis, MN, but has put shows in Pittsburgh, Columbus, Flint, and Chicago-- at The Chicago Theatre on October 27-- on hold. Ticketholders have been encouraged to hang on to their tickets and to await a rescheduled date. New dates should be coming shortly.

All current Morrissey tour dates are listed below...