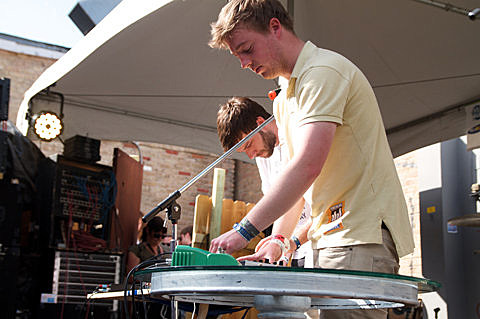 London post-dubstep duo Mount Kimbie are hard at work on the follow-up to 2010's great Crooks & Lovers. They'll be headed to the U.S. next week to perform at SXSW in Austin, TX, and have also announced a late-spring North American tour with Holy Other. That tour includes a performance at Lincoln Hall on June 8 with opener Vinyl Williams. Tickets for the Chicago show go on sale this Friday (3/8) at noon CST.

While you wait for their forthcoming LP, which is reportedly "nearly there," take a listen to 2010's Crooks & Lovers and check out their full 2013 tour schedule below...

* with the xx
# with Holy Other