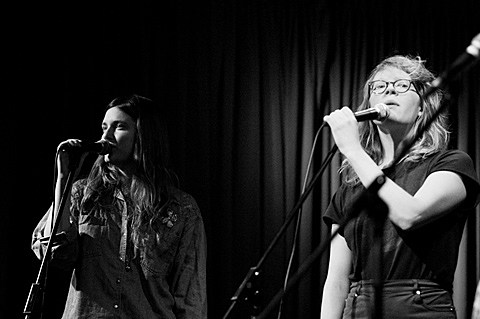 Mountain Man will head out in North America for much of July, starting tonight at the Winnipeg Folk Festival in Manitoba. Blind Pilot will join them on select dates, as will BOBBY (the band they share a member with) on others.

Chicago will get theirs when Mountain Man play Schubas this coming Tuesday (July 12th) with Gaberdine, and Ever Isles. Tickets are still available.

Mountain Man's Live at the Wiltern came out on July 5th via Partisan Records. The release can be purchased in audio, and/or video format.