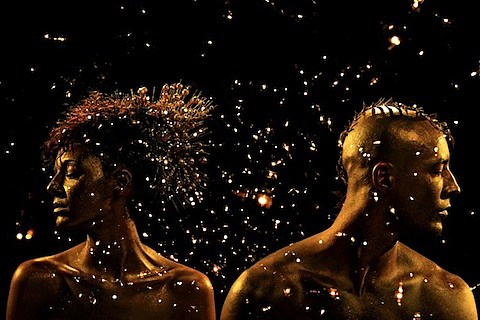 Mr. Gnome released their well-crafted third LP, Madness in Miniature, in October 2011 via El Marko Records. The album smoothly flows between dreamy folk and psych-rock while singer/guitarist Nicole Barille experiments with her voice, layering and distorting it, naturally shaping it into a nasally whine or high-pitched yell. Download the Madness in Miniature track "Winter" at the top of this post.

The husband (Sam Meister) and wife duo from Cleveland, or "land of the Cleve" as they call it, will be performing for Daytrotter next Saturday (1/14), at 4:30PM and will head back to Illinois to play Schubas on April 13th. Tickets go on sale tomorrow (1/6), at noon CST.

All known 2012 tour dates and some song streams, below..