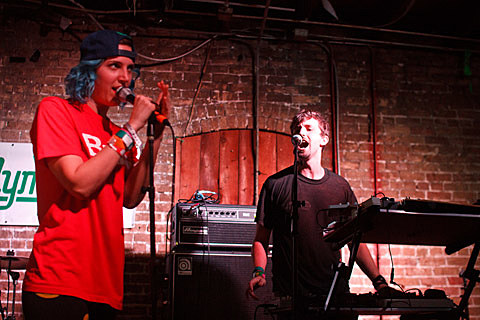 NYC duo MS MR, who played a BrooklynVegan day party during SXSW, have announced that they'll be embarking on a spring North American tour in May. They'll first act as main support for Jessie Ware on a few of her April tour dates, and then will bring their headlining run through Chicago for a performance at Schubas on May 19. Advance tickets for the Chicago show are on sale now.

All MS MR tour dates and a couple of videos are below...