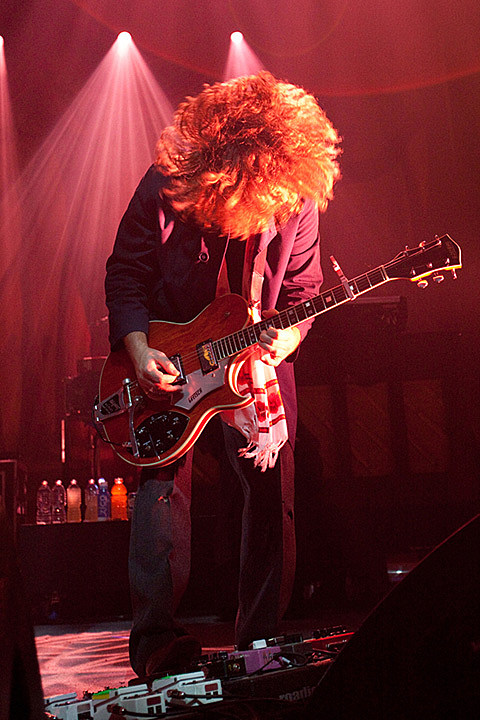 My Morning Jacket's new LP Circuital, hits stores today via ATO Records. The album was recorded in an old church-gymnasium in the group's hometown of Louisville, Kentucky, and features the direction of super-producer/musician/composer Tucker Martine.

"The new record, Circuital, is named after the title song," explains Jim James, of My Morning Jacket's sixth studio album. "On that song I sing about ending up in the same place where you started out. And that makes a lot of sense for this album... I hate the phrase 'going back to our roots', but for this record we came home and made it in Kentucky. And it just felt a lot like it did when we were first starting out..."

"There was no AC, no-one had their laptops. We recorded everything on tape. It was like, we're just who we are, with what we have with us at the moment, and that's all we have. It was a beautiful thing, and it really cemented what we all mean to each other, as people and as a band. We've learned, slowly over the years, how to function more healthily, I guess, so we don't all combust. Making this record, it felt like our friendship was only strengthened." [ATO Records]

My Morning Jacket will play the first show of their 2011 summer tour tonight; at home, at the Louisville Palace Theatre. American Express will be live streaming their performance as part of their 'Unstaged' series. Tune in here at 8PM CST to watch their set.

You can view the Circuital track listing, all 2011 tour dates, and more below...