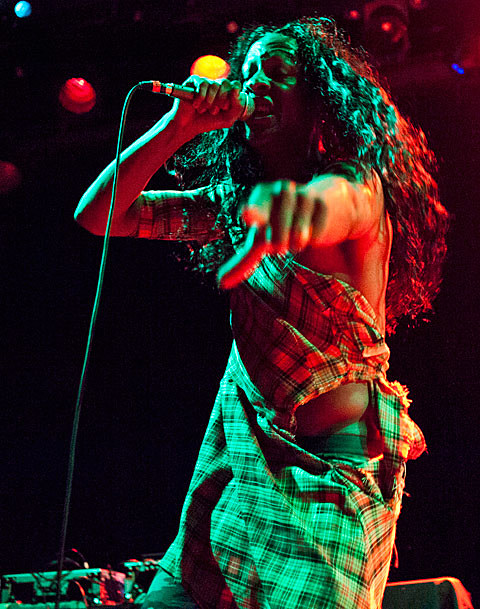 As mentioned on BrooklynVegan, NYC rapper Mykki Blanco is playing a hometown show this month before heading over to Europe for a few shows over there. But before that, Mykki will play a Chicago show this Thursday (1/10) at Beauty Bar with Teen Witch and DJ set by Supreme Cuts. The show starts at 9 PM and is free with RSVP before 10 PM. The show flyer is below.

Mykki's debut mixtape, Cosmic Angel: The Illuminati Prince/ss, came out last year via UNO NYC with production by Brenmar, Gobby, Flosstradamus, Gatekeeper, and others, plus a guest spot by Le1f. It's an awesomely wacked out mixtape that gets dark, trippy, and abrasive, often all at once. And whether it's with an ounce of sarcasm or not, Mykki balances the weirdness with some party rap cliches (like the repeated "we fuckin' this club up" in "Riot"). Mykki's shows only have more energy than the recordings, so things should get pretty wild at Beauty Bar on Thursday. You can download the mixtape for free above or stream it in its entirety, along with that show flyer and a list of all dates, below. 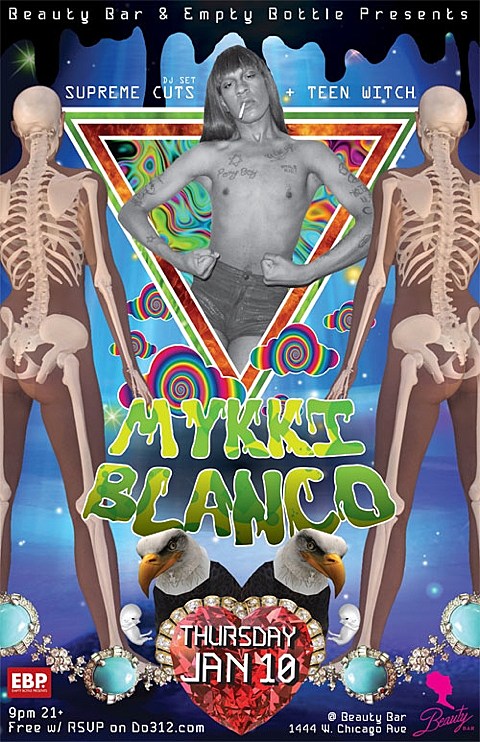