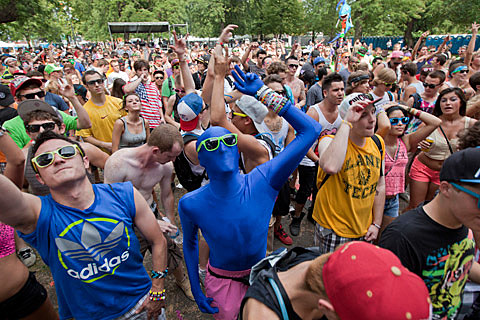 As is the case with most musical festivals, North Coast 2013 has brought out some interesting individuals to Union Park. One gentleman in particular went a bit too hard on Saturday night (8/31)...

Chicago police Tasered a naked man who jumped atop a Mercedes Benz and planted his buttocks through its windshield outside the North Coast Music Festival on Saturday night.

The 22-year-old from Massachusetts was intoxicated or high on a hallucinogenic drug at the time, police said.

Speaking of hallucinogenic drugs, the final day of NYC's Electric Zoo Festival has been canceled after two attendees died from apparent overdoses of MDMA.