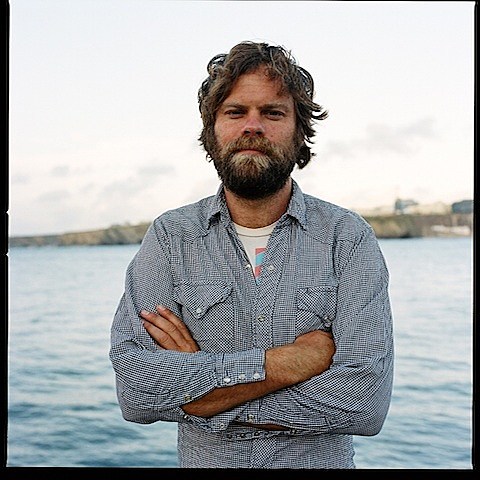 Slowdive co-founder/current Mojave 3 member Neil Halstead is set to release his third solo album, Palindrome Hunches, on September 11 via Brushfire Records. The LP was produced by Nick Holton (of Wallingford, UK's Band of Hope) and features the entire group as his backing band. Take a listen to its lead single "Full Moon Rising" and check out a video of Neil performing another album track, called "Spin The Bottle," at the bottom of this post.

The English singer-songwriter will head out on a fall US tour in support of Palindrome Hunches, which makes a stop at Schubas on October 12. Tickets go on sale this Friday (8/10) at noon CST.

All Neil Halstead dates, a stream of his new single, and live footage of "Spin The Bottle" are below...