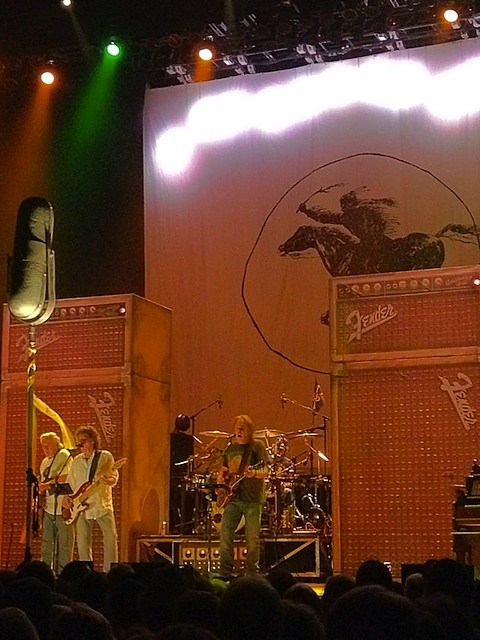 But there was nothing particularly genteel or overly familiar and comforting about this music. Like one of [Neil] Young's beloved trains, Crazy Horse is a large beast that tends to ease into its work. But once it gains its bearings and picks up speed, it's awfully difficult to slow down. At least five of the 13 songs performed Thursday surpassed the 10-minute mark. "Love and only Love" began like an extended exhale before finding its pace, with Young, [Frank "Pancho"] Sampedro and [Billy] Talbot huddled in front of the drum riser. Whereas most bands spread out to fill a big stage such as the United Center's, Crazy Horse bunches together, as if defending their home against invasion. [Greg Kot]

On Thursday night (10/11) Neil Young & Crazy Horse toured through Chicago for a performance at the United Center with support from Los Lobos. Were you there? What did you think of their extended jams?