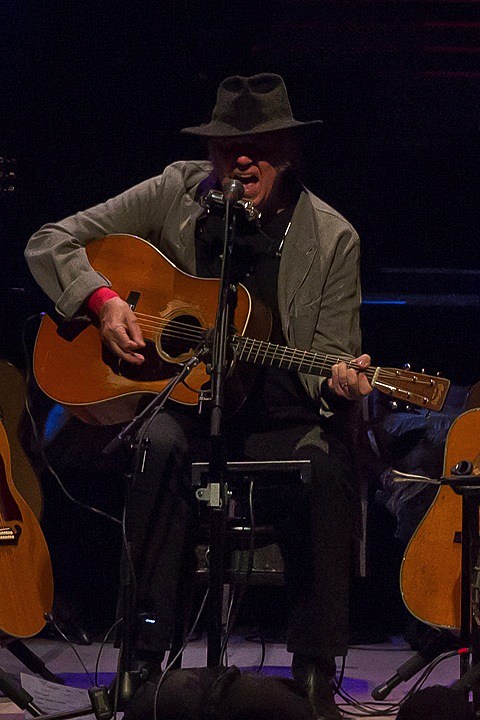 The incomparable Neil Young kicked off his two-night stand at The Chicago Theatre on Monday night (4/21) with a 21-song, low-key performance. He took a brief intermission after a block of 10-songs, which included "Only Love Can Break Your Heart," "Harvest," and "Old Man," and returned to the stage with the one-two punch of "Pocahontas" and "Cortez the Killer."

It was all in service of an evening that might have been described as casual. But beneath the rumpled outfit and graying sideburns, Young still harbors an intensity that surfaced at key points in the two-hour (plus intermission) concert. These moments were all the more striking because of the dynamics in Young's still-pliable voice, his ability to play with tone and phrasing, and to create atmosphere with the barest essentials.
[Greg Kot; Chicago Tribune]

Pictures from the 4/21 show and Young's complete setlist are in this post. He does it again tonight (4/22) at the famed Chicago Theatre.

More pictures and Neil's full setlist lie after the jump... 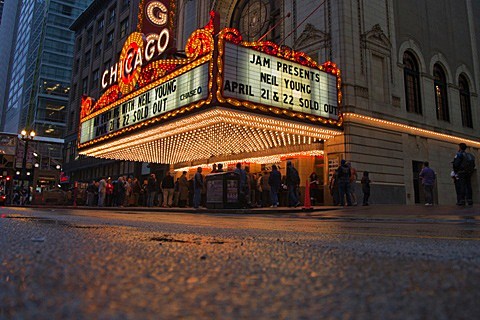 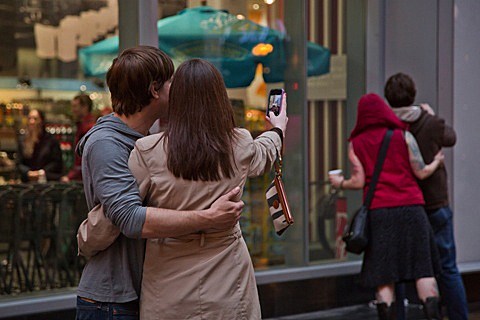 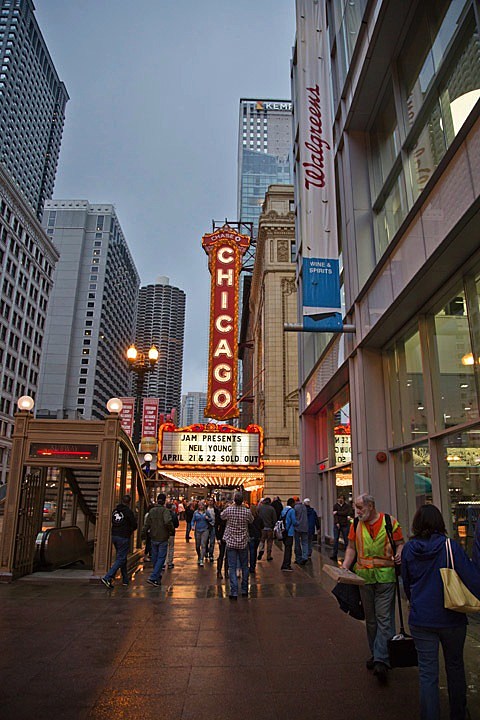 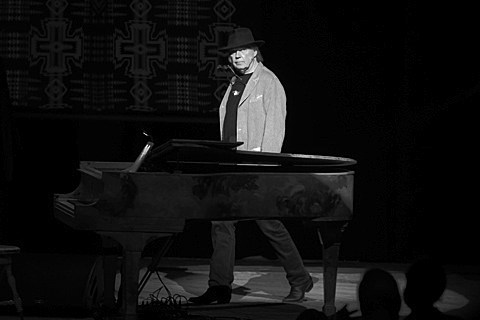 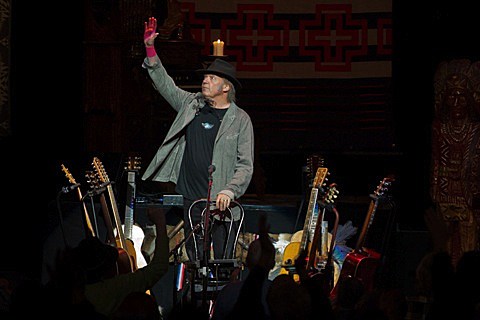 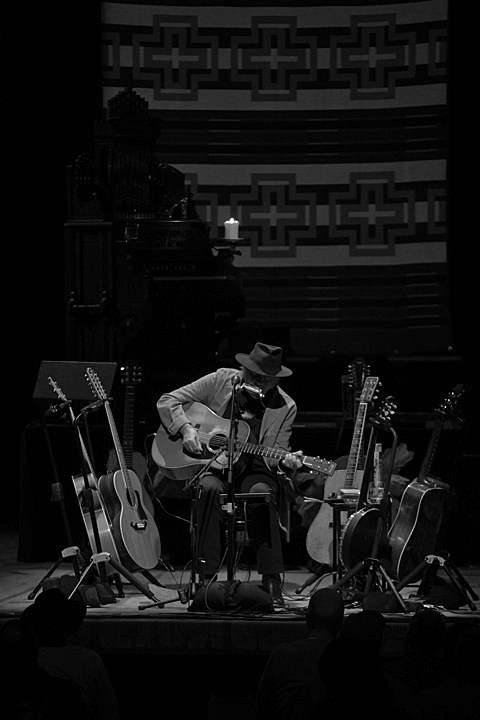 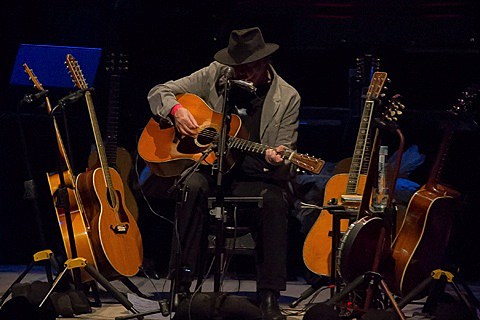 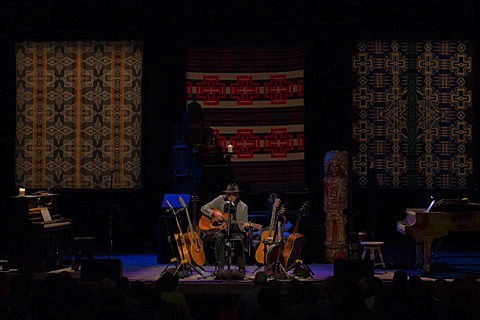 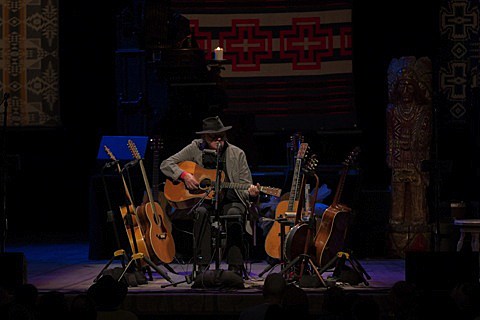 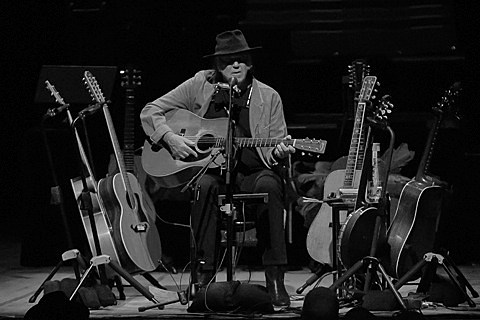 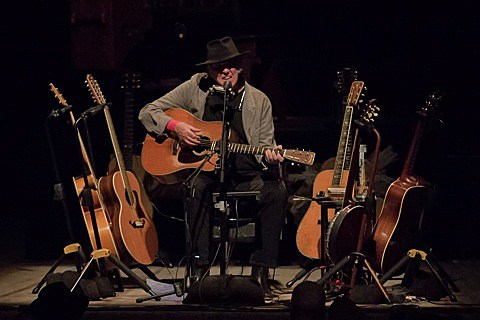 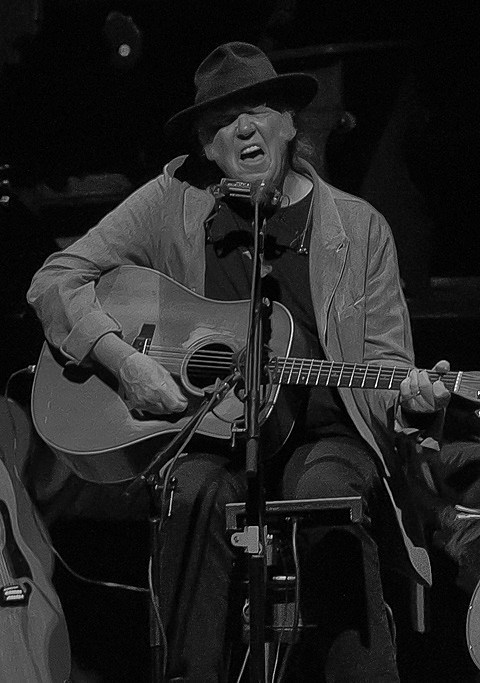 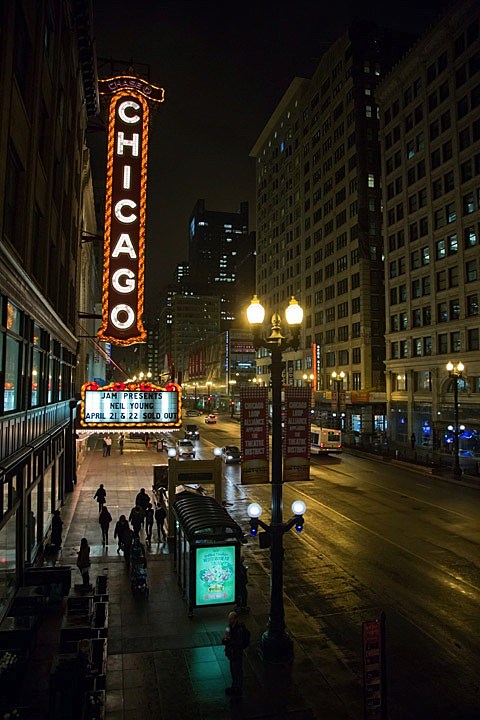