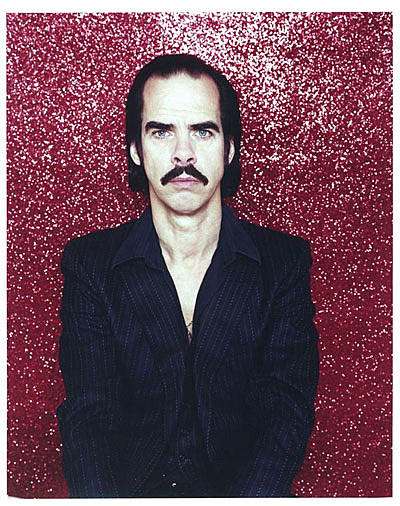 In a rather odd turn of events; Neko Case, and Nick Cave have teamed up to cover The Zombies track, "She's Not There" for HBO's True Blood.

The brainstorming began. I spread the word. I spoke with one of my friends CC Adcock, the great Louisiana musician and producer about it and he came up with a new arrangement for the song, more dark and sexy. We thought it would be great to make it a sly duet between a man and woman. I loved the idea. Many artists were thrown around in our conversations of who would be the ideal couple, Florence and the Machine, Irma Thomas, Dr. John, The Kills, etc etc etc but scheduling conflicts got in the way. Then, as strange as it may sound, I got a little help none other than The Cars. Yes, those 80′s synth pop new wavers, The Cars!

You see, The Cars have just released a new album, their big comeback. Recently I received the advance copy of their new album, checked it out, and filed it away in my CD collection. Using the tried and true alphabetical filing system I slipped it it it's proper place in the "C" section. Suddenly something magical happened. My eyes took a little trip further down the C section. NEKO CASE practically jumped into my arms and whispered "I'll do it, call me, let's talk about She's Not There for True Blood".

Yes Neko's beautiful voice and sexy twang would be perfect for True Blood. Then I decided to go with the magical flow and continued down the C section. Johnny Cash...mmm,, would be great but he's er...dead. Cat Power mmm, could be very interesting. I would love to watch Cat and Neko go at it, but NO we need a man for this collaboration. Then the second bolt of lightning hit me: NICK CAVE.

Head to KCRW to check out their version of "She's Not There."
In Neko-related news; she'll be playing a free show in Chicago this weekend.