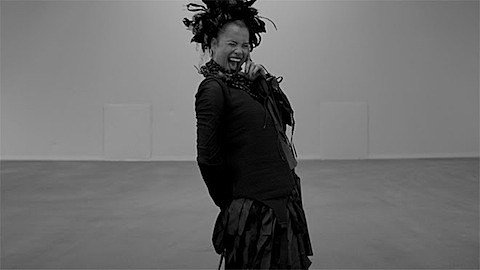 In February, Neneh Cherry returned with her first solo album in 18-years. Blank Project, which was produced by Four Tet, features Cherry's commanding voice front and center. Today, she's shared a Jean-Baptiste Mondino-directed video for the LP standout "Everything." You can check out the clip at the bottom of this post.

Cherry has also been added to the 2014 Pitchfork Music Festival -- she'll appear on Friday, July 18. The performance will be her second-ever in North America. Single-day tickets are still available.

All Neneh Cherry dates and her new video for "Everything" lie after the jump...