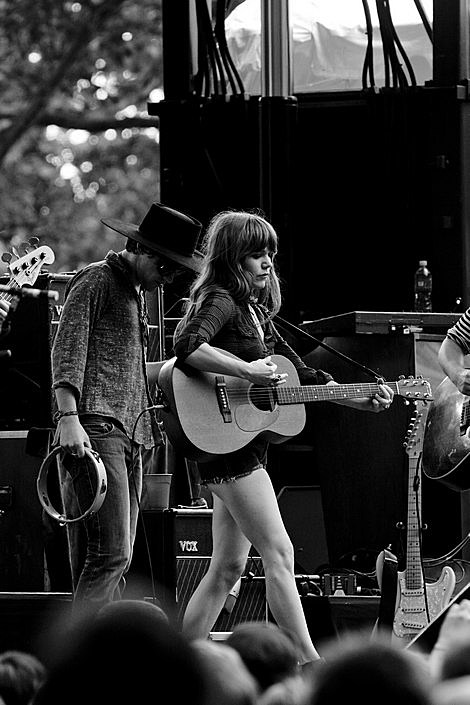 Bright Eyes' The People's Key comes out today via Saddle Creek Records. They play the Riv on Tuesday, March 15th with the Mynabirds. Tickets are now sold out.

Mogwai's Hardcore Will Never Die, But You Will comes out today via Sub Pop. Mogwai is playing at Metro on Friday, April 29th with Errors. Tickets are still available.

The Animal Years has been drastically improved. The updated version of the VINYL now include a BONUS disc, featuring Josh performing the ENTIRE ALBUM soloacoustic, plus four studio b-sides, and two videos. The acoustic album was recorded for this re-issue in 2008, and these recordings have not been previously released.The LP version of The Animal Years includes the bonus CD in a full-color sleeve, inside the LP. [Blue Collar Distribution]

More releases from Drive-By Truckers, Twilight Singers, and Telekinesis below...

Drive-By Truckers have two releases today! Their new LP Go-Go Boots is out via ATO Reords, and they also have The Secret To A Happy Ending DVD - A Documentary About The Drive-By Truckers in stores today. They play February 25th and 26th at the Vic Theatre with Heartless Bastards. Tickets are still available for both dates.
--
Drive-By Truckers - Go-Go Boots (Deluxe Edition)

180 gram, double gatefold vinyl
1 bonus track that is only available on vinyl
CD included inside vinyl (without artwork, in a plain sleeve)
Digital album + bonus track download delivered immediately
the Go-Go Boots Episodes on DVD - a film by Jason Thrasher & Patterson Hood
Featuring "Acoustic & Live" videos of songs from the new album.
With 1 exclusive video available only on the GO-GO BOOTS DVD.
Region free, will play in all DVD players
3 - 12"x12" art prints from Wes Freed featuring images and storyboards based on songs from Go-Go Boots not used in album packaging.

the Twilight Singers are set to release Dynamite Steps today via Sub Pop Records. They play with Margot And The Nuclear So and Sos at Metro on May, 17th. Tickets are sold out.

Telekinesis is releasing 12 Desperate Straight Lines via the Grammy toting Merge Records today. They will play at Schubas on March 4th with The Love Language, and The Sleeptalkers. Tickets are still available.

To celebrate the release date of Telekinesis' sophomore album 12 Desperate Straight Lines, Michael Benjamin Lerner and Merge are pairing up to present a special Twitter scavenger hunt contest!
On Tuesday, February 15, Michael Benjamin Lerner (@_TELEKINESIS) will offer clues to find a copy of 12 Desperate Straight Lines hidden in another band's section of one of the stores listed below. To win, visit the participating store in your town, find the misfiled Telekinesis album, and purchase it. The record store employee will then give you a Telekinesis prize pack including a "Please Ask for Help" import 7-inch, two tickets to an upcoming Telekinesis show, a silk-screened poster, Telekinesis pencils, and a Polaroid taken by Michael Benjamin Lerner himself, all housed in a new Merge tote bag designed by The Clientele's Alasdair MacLean! Good luck! [Merge Records Blog]

The Location for Chicago, IL: Laurie's Planet of Sound
UPDATE: The clue is...