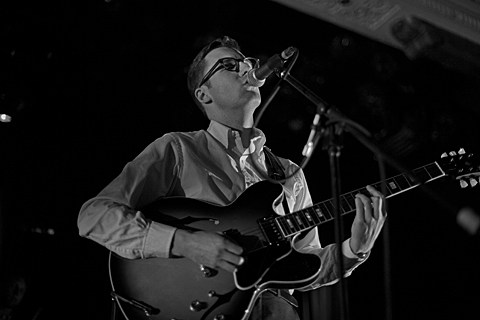 Retro soulman Nick Waterhouse is slated to release his second album, titled Holly, on March 4 via Innovative Leisure. No complete LP tracks have been revealed yet, but you can hear a bit of "This Is a Game" within a Holly teaser clip at the bottom of this post.

Waterhouse and his band will be embarking on a winter North American tour before the LP hits stores. That tour includes a performance at Lincoln Hall on February 21. Ticketing information for the Chicago show is forthcoming, but check LH's concert calendar for updates.

All known Nick Waterhouse dates and that LP teaser lie after the jump...