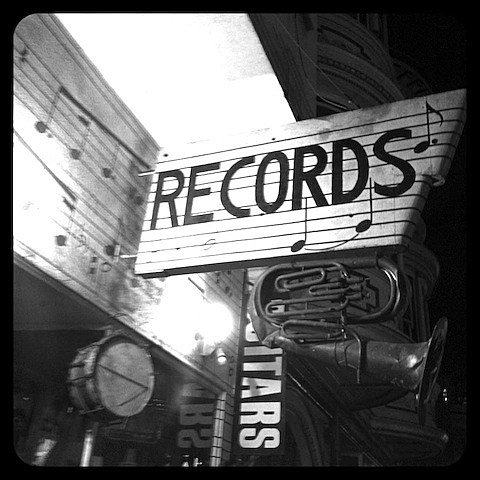 The Numero Group's pop-up store will be returning to Logan Square's Comfort Station for Record Store Day 2014 -- Saturday, April 19. It'll be open from 9AM to 5PM "with thousands of LPs, CDs, video tapes, cassettes, damaged stock, DVDs, trading cards, 45s, stickers, magazines, and all other manners of miscellaneous debris clogging up our office." They'll also have their RSD releases on hand, including the Dinosaur Jr. Visitors box set, South Side Story 12", and a Ned Doheny "Get It Up For Love" b/w "What Cha' Gonna Do For Me" 45 -- two songs that will appear on the forthcoming Separate Oceans release.