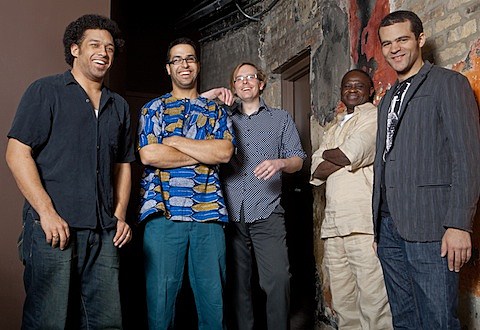 The Occidental Brothers Dance Band International (who kicked off World Music Fest 2011) have announced that they'll be playing their first hometown gig of 2012 at the Old Town School of Folk Music on February 24th.

OBDBI is lead by Nathaniel Braddock (who is also an instructor at Old Town) and includes Greg Ward on alto saxophone, Joshua Ramos on bass, Makaya McCraven on drums, and Congolese singer Samba Mapangala. Their most recent record, Odo Sanbra, was self-released in 2009 and can now be purchased in both CD and digital formats via Thrill Jockey. Fellow Chicagoan Andrew Bird guests on their track "Masanga," which is an instrumental duet with Ward.

The Old Town gig is the group's only announced 2012 date, thus far. Tickets are still available.