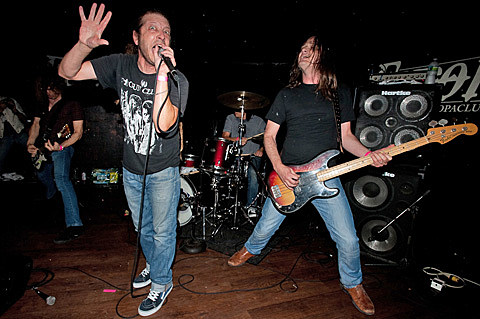 OFF! will hit the road for a proper U.S. tour, and with the incredible Trash Talk! The tour kicks off in Atlanta on March 22nd and scoots along the East Coast, tagging The Bottom Lounge on April 2nd before terminating in Minneapolis.

OFF! is also playing the sold out Coachella Festival. Trash Talk are meanwhile heading down to Australia. All dates below...