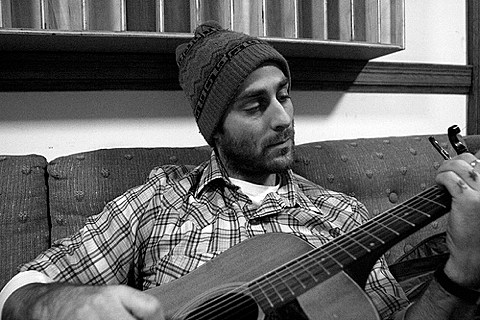 As discussed, Owen (aka Mike Kinsella) is set welcome his new album, L'Ami du Peuple', on July 2 via Polyvinyl Records. You've already heard "Bad Blood" from the LP, and can now check out "Blues To Black" (via Rolling Stone) HERE.

Kinsella has a brief U.S. tour scheduled for this summer. That tour includes a pair of Chicago shows at Beat Kitchen on June 29. The first is an early (7PM), all-ages performance, and the second is a 21+ late show. Advance tickets for both shows are on sale now.

All known Owen tour dates and a stream of "Bad Blood" are below...