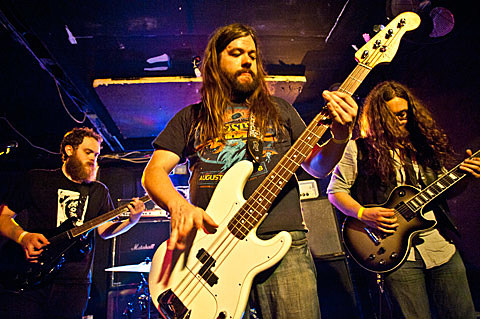 Pallbearer, who released their excellent debut LP, Sorrow and Extinction, in February, have announced a September tour in support of the album. The BrooklynVegan-sponsored trek also includes Atlanta, GA's Royal Thunder (who also have a new LP) and Samothrace (who are also toting a new album).

The three groups are set to begin their run in Nashville, TN and will make their way to Chicago's Beat Kitchen for a show on September 14. Tickets go on sale this Saturday (7/21) at 10AM CST.

All Pallbearer dates, a tour poster, and song streams from all three acts are below... 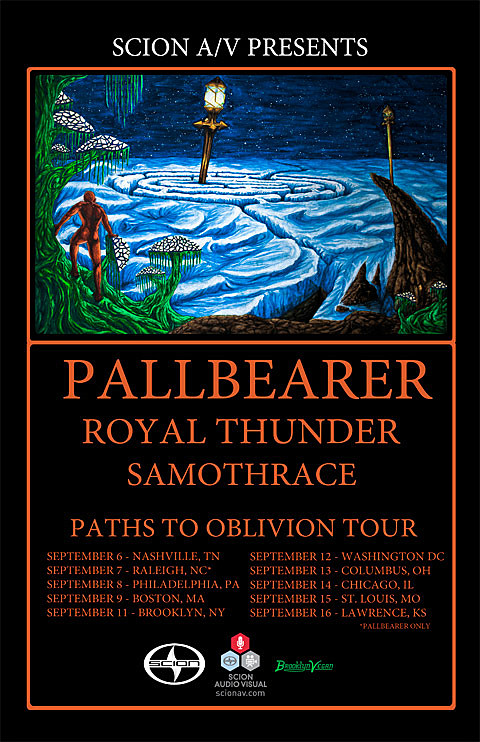