A couple of stills from Parallax Sounds 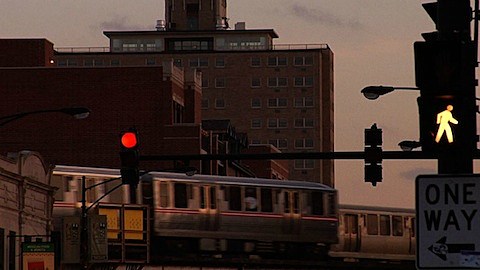 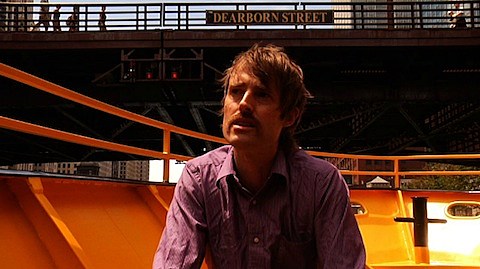 The documentary Parallax Sounds has finally been completed and will make its Chicago premiere this month with a two-night stand the Gene Siskel Film Center on November 16 & 17. Parallax Sounds has been in production for over a year and was successfully funded through Kickstarter in August of 2011. Advance tickets for the two screenings are on sale now.

The documentary interviews a cast of influential Chicago musicians including Steve Albini, Damon Locks, Ken Vandermark, and Ian Williams. Chicago's architecture is prominently displayed throughout the film. The project was directed by Italian film maker Augosto Contento, who previously directed two others.

Parallax Sounds was the center of a number of promotional events last year. The Hideout hosted a fundraiser for the film and showed attendees a preview of the animated intro sequence. A rough cut of the film was later screened at CIMMfest, and Ken Vadermark, who also composed the film's soundtrack, played to an excerpt at The Chicago Cultural Center.

In related news, Steve Albini will be interviewed by Tom Scharpling, Daniel Ralston, and Maggie Serota as part of The Low Times' first-ever live show at the Hideout on January 17. Advance tickets are on sale, and as the event is part of Tomorrow Never Knows 2013, a 5-day pass will also get you in the door.

Watch a few clips from Parallax Sounds below.

Damon Locks on how Chicago influences his music

Steve Albini on the Chicago music scene in the 90s

Steve Albini on the Chicago punk rock scene in the 80s