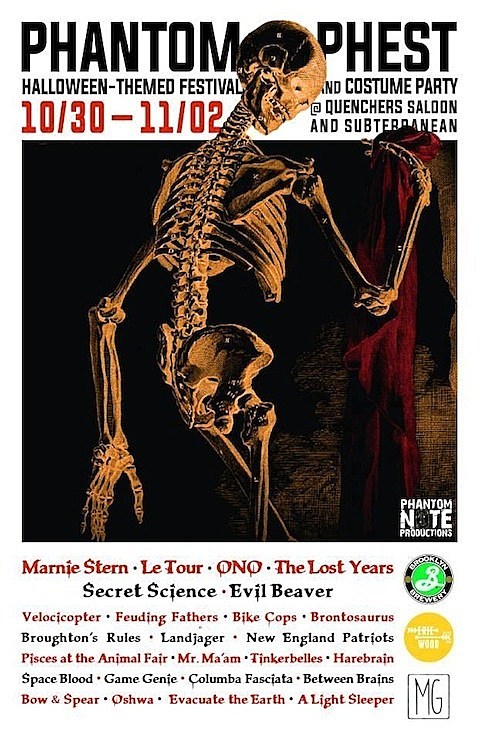 Phantom Note Productions' annual Halloween-themed festival Phantom Phest has returned for its 2014 edition. It's slated to take place from October 30 -- November 2 with the majority of shows at Quenchers and one bigger event at Subterranean. The festival's overall lineup includes Marnie Stern, Space Blood, Oshwa, Le Tour, ONO, Tinkerbelles (ex-Gypsyblood), and many more.

Here's how it'll be laid out:

Tickets for all shows (linked above) are on sale now. Costumes are encouraged, and there will be a best costume contest for some sweet prizes. Sponsors for Phantom Phest 2014 include Brooklyn Brewery, Medium Gallery, and Eriewood Collective.