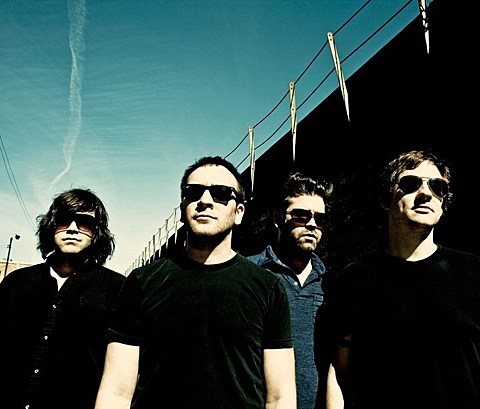 You may remember that Chicago's Pink Frost played a bunch of hometown shows as Apteka before changing their name last summer. But their name isn't all they've changed. From the sound of their new single, "Ruins," which you can listen to over at Pitchfork (or download above), their style is much different now too. The older stuff they have on bandcamp is a mix of psychedelia and light shoegaze, but "Ruins," the lead single from their upcoming album, Sundowner, echoes the kind of alternative rock that dominated radio and MTV in the mid-'90s. The song's major key sludge riff and grungy power pop may not be unique to Pink Frost, but it's exciting to see them join a rank of bands whose love for rocking out and being shamelessly anthemic hits harder than any intent of "90s revivalism."

Pink Frost's next local show will be supporting Wild Nothing at their Lollapalooza aftershow on August 1 at the Empty Bottle with Circles. Advance tickets for that show are sold out, but there will be a limited number of tickets available at the door. First come, first serve.