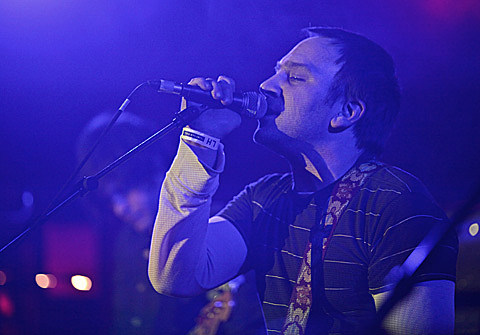 Chicago rockers Pink Frost (formerly Apteka) released the Sundowner LP last year which was filled with all kinds of '90s worship. They'll continue that trend on their new EP, Traitors, which comes out later this year. Get a taste of it by streaming its title track -- a dose of shoegazy rock that Billy Corgan c. '93 would be proud of -- below.

Pink Frost also have a hometown show this week. They open for Reignwolf at Double Door on Friday (5/9) with Crass Mammoth on the bill too. Tickets are on sale now.