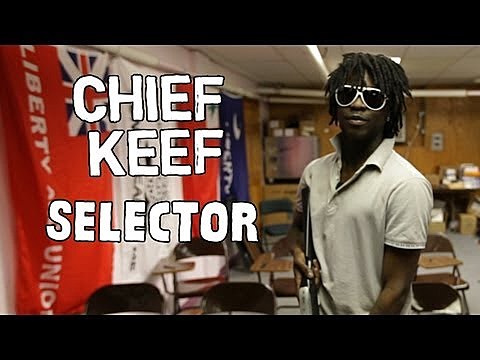 At one point Wednesday, he was chided by his probation officer for signing court papers "Chief Keef" instead of his real name.

He wore baggy fatigues, a white T-shirt, an oversize gold watch, new Michael Jordan gym shoes and a blue down vest to his hearing. As he waited for his case, one woman scolded him, saying, "Young man in the blue jacket, pull your pants up!"

He is serving 18 months of probation for pointing a gun at a Chicago cop. He was also found delinquent on two other felonies.

Prosecutors argued he violated the probation by holding a rifle in an online Pitchfork video.

Prosecutors pointed to the recorded promotional interview the rapper did in June at a gun range in New York, where he can be seen with a rifle. That's a violation, prosecutors said, because his probation bans him from having any guns or illegal drugs or associating with gang members.

Chief Keef also didn't get his GED by the August deadline set in his probation -- another violation, prosecutors said.

Chief Keef's attorney, Berkson, acknowledged the gun range video was "stupid" but argued it was not his client's fault because he was simply listening to advice from adults. [Sun Times]

PREVIOUSLY: Pitchfork retracts Chief Keef video they made at a gun range