Members of Planes Mistaken for Stars at St. Vitus (more by Fred Pessaro) 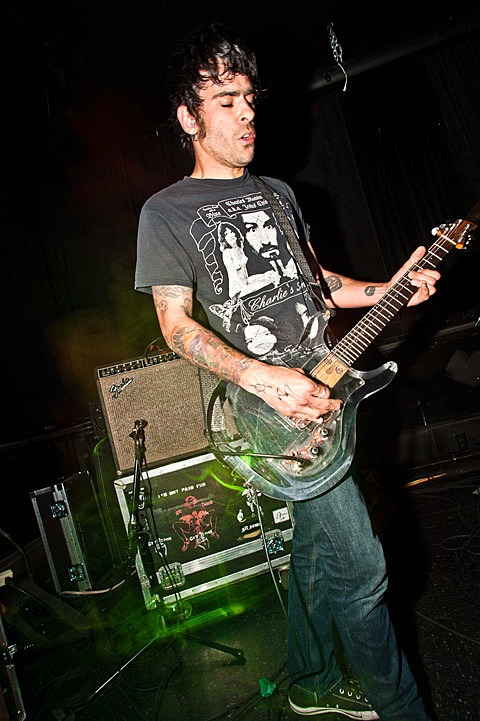 Peoria's still-reunited Planes Mistaken for Stars are working on their first album since 2006's Mercy, but before that they'll be hitting the road. The group will stop in Chicago on July 22 for a show at Beat Kitchen with All Eyes West (who are having a great run opening for veteran post-hardcore/emo bands in their hometown), The Sky We Scrape and Secret Science. Tickets for that show are on sale now.

All dates are listed, with a recent live video, below...

Planes Mistaken For Stars at Strange Matter in 2012