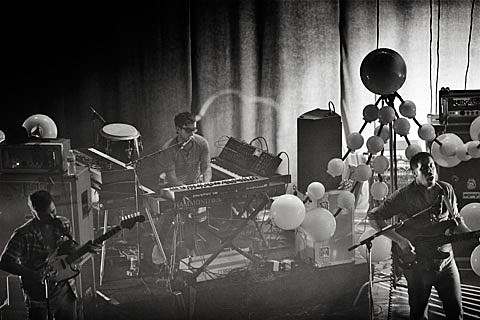 Portugal. The Man are set to release the follow-up to 2011's In the Mountain in the Cloud, titled Evil Friends, on June 4 via Atlantic Records. The forthcoming LP was produced by Danger Mouse, and you can hear him all over its lead single "Purple Yellow Red and Blue." Check out music videos for the song, and for the album's title track, at the bottom of this post.

Portugal. The Man will be embarking on a summer North American tour in support of Evil Friends. Guards will join PTM for many of those dates, including a performance at the House of Blues on June 20. Tickets for the Chicago show go on sale on Friday, May 3 at 10AM CST.

All Portugal. The Man tour dates and those videos are below...