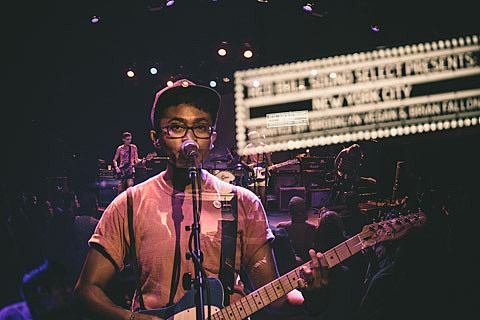 Brooklyn quartet Aye Nako self-released their debut LP, Unleash Yourself, back in April. It's a solid collection of pop punk, and though you might shiver at the mention of the genre, the group do it in a very indie rock way. If you've been liking Pity Sex and Big Eyes, Unleash Yourself will be right up your alley. Give the LP a good listen through at the bottom of this post.

Aye Nako will be heading to Chicago to play the fourth annual Black and Brown Punk Show. Despite its title, BnB is actually a three-day festival happening at ChiTown Futbol from August 30 - September 1. They'll be performing on August 31, and other acts include La Armada, Droughts, Cove, and many more. Schedules-by-day will be available soon, but you can check out a confirmed list of acts below.

The current lineup for BnB Punk Show, all known Aye Nako dates, and a stream of Unleash Yourself are below...