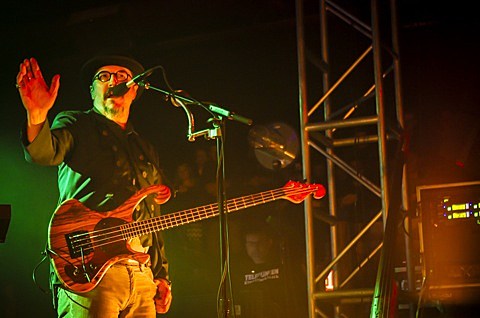 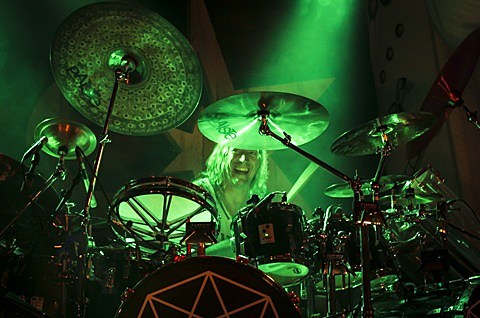 Following a much less rainy second day at Riot Fest 2014, goofy funk-metal legends Primus played a sold-out aftershow at Concord Music Hall in Logan Square. Bassist/vocalist Les Claypool and guitarist Larry LaLonde returned, along with Tool drummer Danny Carey, filling in for Tim "Herb" Alexander, who is currently recovering from a heart attack and subsequent triple bypass surgery. As a fitting tribute to Alexander, the band projected his face onto the two massive inflatable astronauts that are usually found on-stage at a Primus show. Carey filled in for this show, the band's performance at Riot Fest Chicago the following day, and Riot Fest Denver, with his powerful and precise drumming style proving to be the best possible temp replacement for Alexander. It doesn't hurt that Carey is a longtime fan of the band. Primus kicked the show off with Sailing the Seas of Cheese songs "Those Damn Blue Collared Tweakers" and "Here Come the Bastards" and played selections from throughout their catalog, including "Southbound Pachyderm", "Over the Falls", "Eleven", and "To Defy the Laws of Tradition", amongst many other deep cuts for the fans. They ended the show on a solid block of some of their best material, "Jerry Was A Racecar Driver", "My Name is Mud", "Harold of the Rocks", and encore "Too Many Puppies". Especially noteworthy was an excellent drum solo from Danny Carey that led into "Eleven", as well as a short cover of Tool's "Aenima" before "To Defy..." that made fans go wild. An especially rowdy and energetic crowd started a "Danny Carey sucks" chant, a variation of the band's longtime endearing "Primus sucks" chant, met with a grateful toast of Gatorade from Danny Carey. Seeing Primus is always a technical marvel, regardless of your opinion of their music. Les Claypool's unique style of funk-influenced slap bass, Larry LaLonde's atonal abstract guitar playing, and some extremely intricate groovy drum parts from Danny Carey made for quite the spectacle, particularly for attendees less familiar with the band's material. The sound was also top-notch at the Concord, which is shaping up to be one of the best new venues in Chicago.

Pictures from the Concord are in this post. More of them, and the setlist, can be found below... 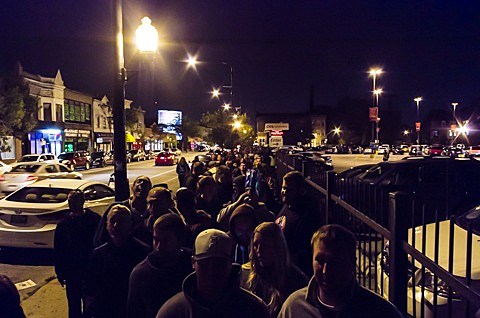 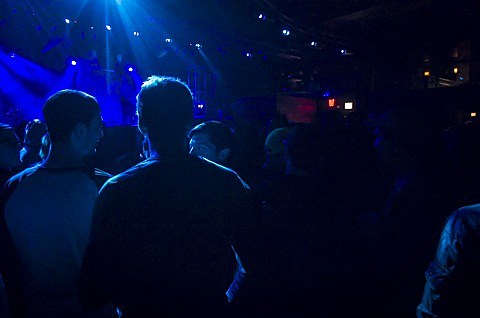 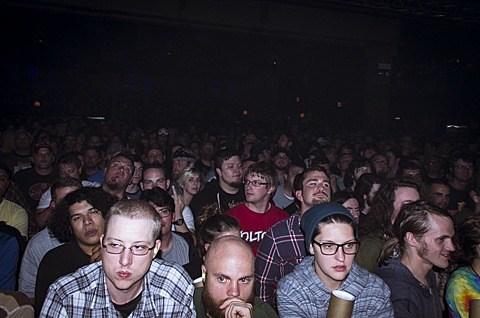 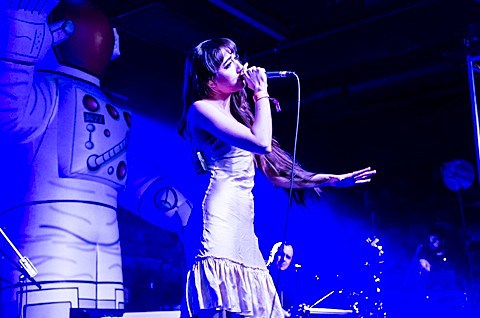 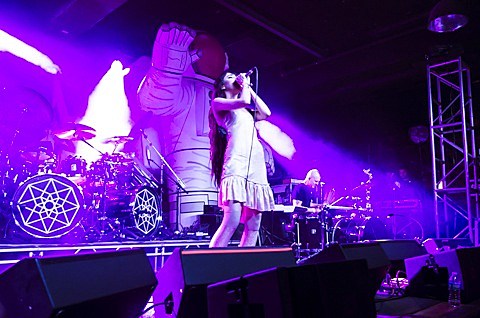 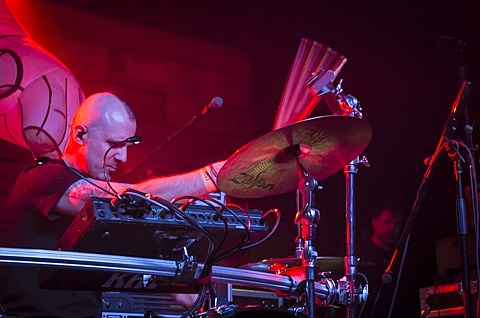 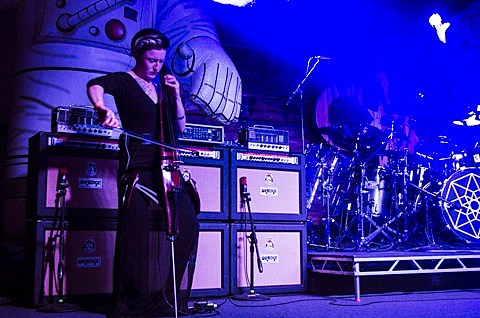 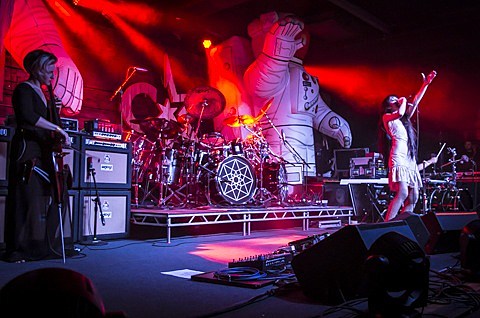 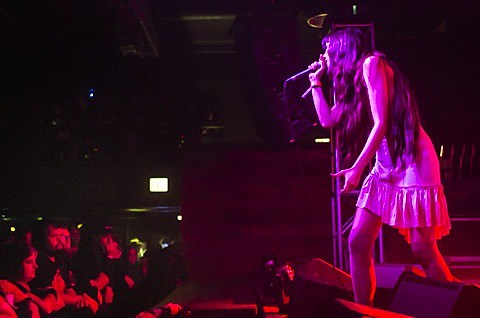 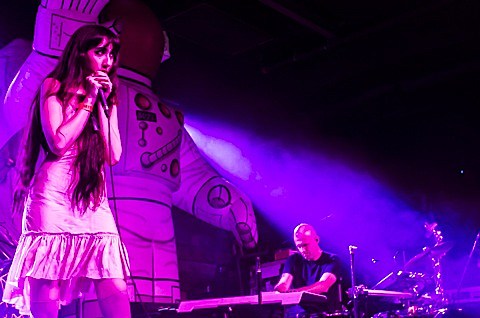 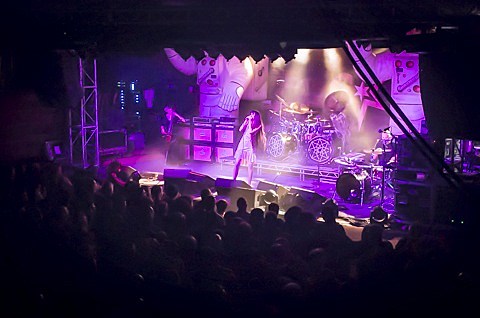 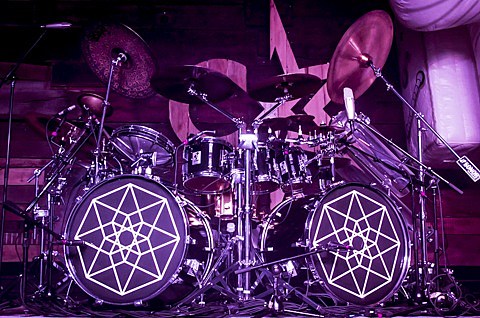 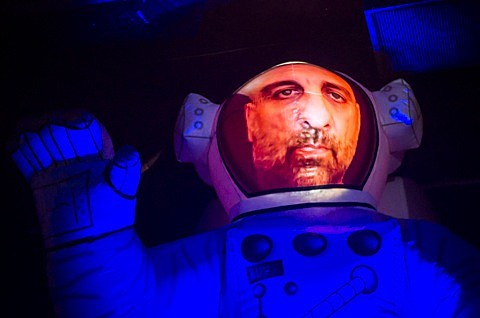 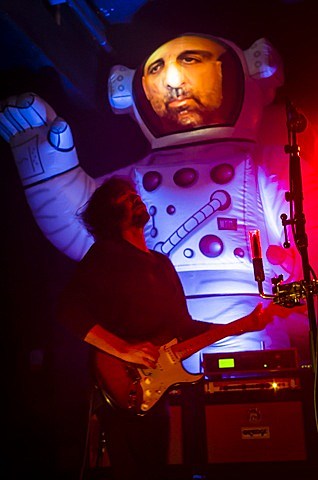 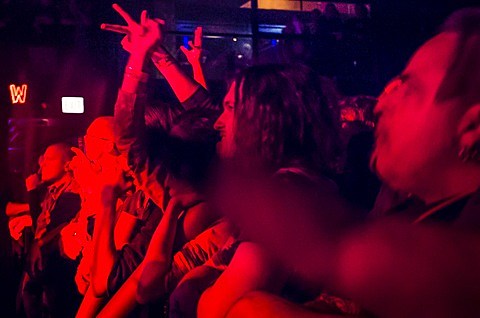 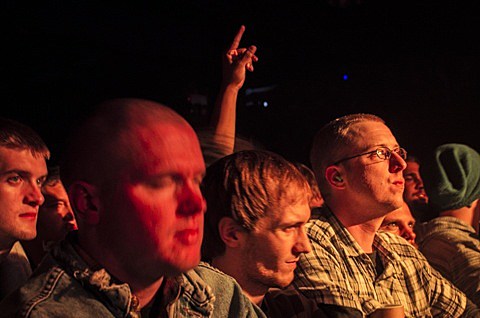 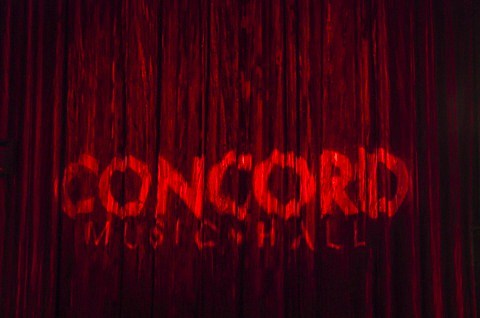 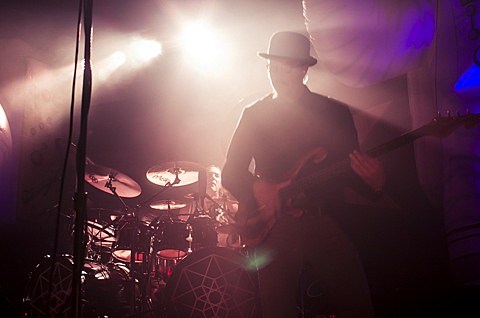 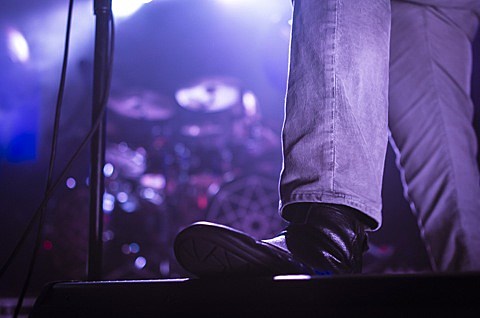 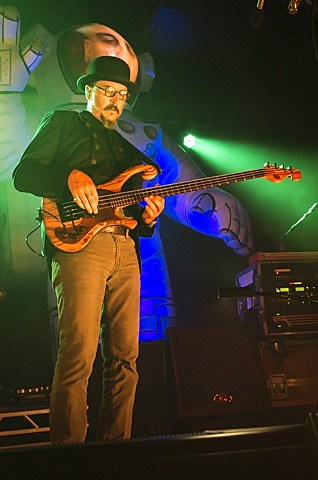 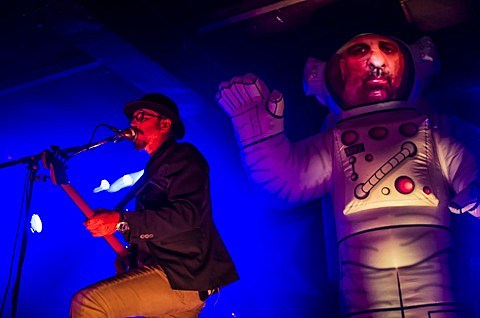 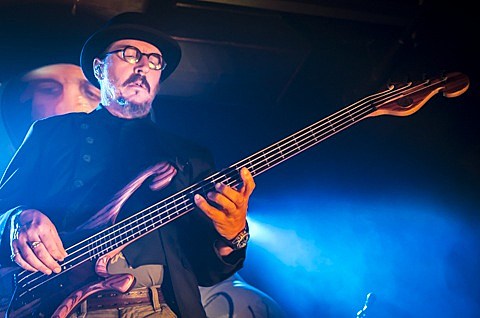 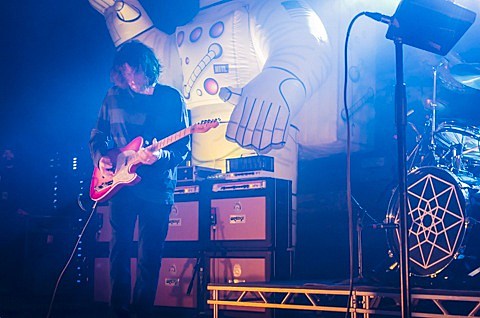 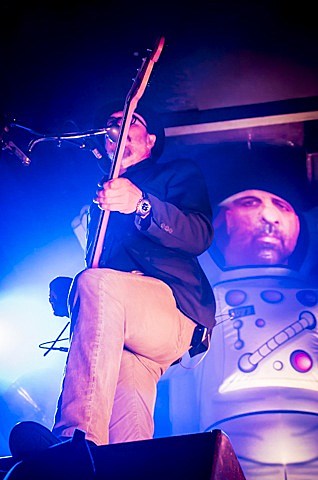 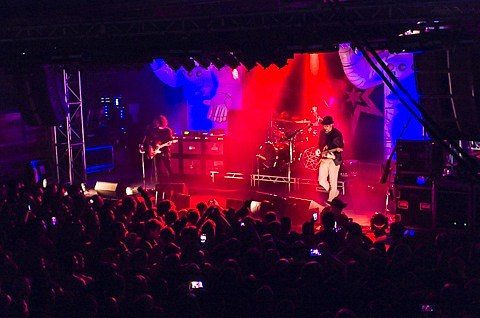 Primus -- 9/14 Concord Music Hall Setlist:
Those Damn Blue Collared Tweakers
Here Come the Bastards
Last Salmon Man
Southbound Pachyderm
Over the Falls
Jilly's On Smack
Eleven
Aenima (Tool cover, first verse and chorus only)
To Defy the Laws of Tradition
American Life
Jerry Was A Racecar Driver
My Name is Mud
Harold of the Rocks
•••••••••••••••••
Too Many Puppies