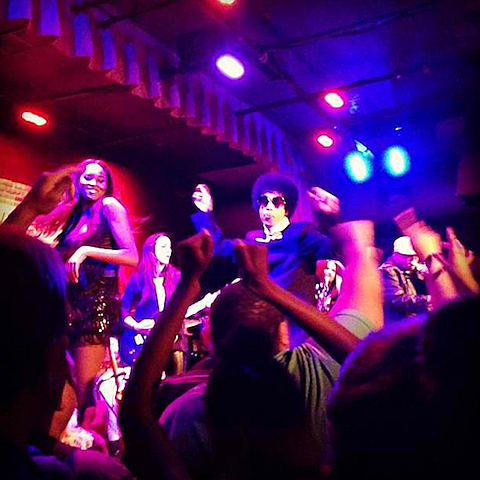 Early this morning (Sunday, June 30), Prince and New Power Generation + 3rdEyeGirl played a last-minute show at City Winery Chicago. Doors were originally advertised as 11:30PM, which later got changed to midnight, but nobody really got into the venue until around 2AM. Prince and co. began their 100-minute, early morning show with an extended jam version of "1999." The 20-piece band, including an 11-member brass section, went on to play "Little Red Corvette," "Extraloveable," "Jungle Love," "Partyman," and other tunes. The show featured three encores(!), and we've got a basic setlist in this post.