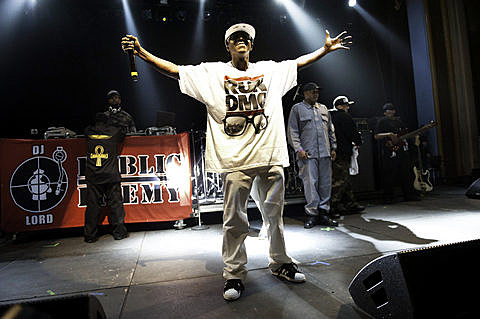 As seen on BrooklynVegan, Public Enemy are headlining the Chuck D-organized "HipHopGods" tour with support from X-Clan, Monie Love, Schoolly D, Leaders Of The New School, Wise Intelligent from Poor Righteous Teachers, Son Of Bazerk & No Self Control, Awesome Dre, Davy DMX, and DJ Johnny Juice. The caravan of politically-charged MCs will kick off their US run in Washington, D.C. later this month. They'll make their way to Chicago on December 5 for a performance at the House of Blues. Advance tickets are on sale.

All "HipHopGods" tour dates and some videos are below...