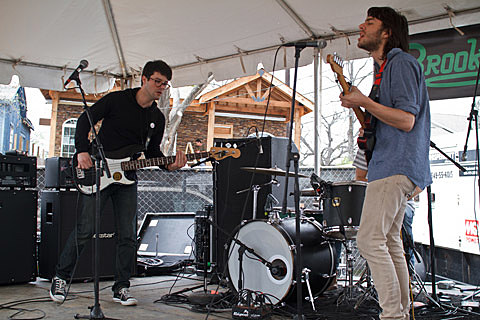 Nashville, TN's Pujol (aka Daniel Pujol and co.) released their debut LP, United States of Being, in June via Saddle Creek. If you haven't gotten around to listening yet, it's a great dirty rock and roll album. Stream United States of Being in its entirety at the bottom of this post. The trio are set to head out on tour in the US later this month. That tour hits Chicago on September 1 for a performance at Ace Bar. Shipbuilding Co. will act as main support, and advance tickets are on sale now.

All Pujol dates, a stream of United States of Being, and some videos are below...

--
Pujol - United States of Being