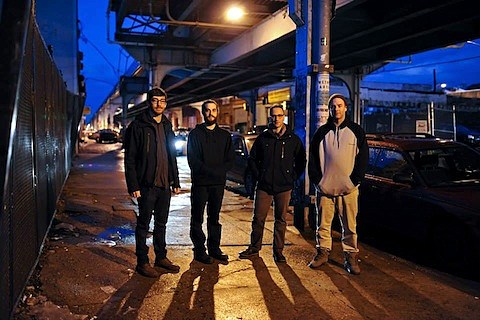 Many Arms began as the trio of guitarist Nick Millevoi, bassist John DeBlase (of Zevious), and drummer Ricardo Lagomasino (of Deleted Scenes). They've also recently added saxophonist Colin Fischer (of Caribou) to the lineup. Many Arms' new album, Suspended Definition, is out today (4/29) via John Zorn's Tzadik Records. A complete stream of the LP made its premiere via BrooklynVegan, and you can also take a listen to the album at the bottom of this post.

Many Arms will be heading out on a summer North American tour in support of Suspended Definition. That tour includes a performance at Elastic Arts on June 14, and you can check the venue's concert calender for updates on ticket prices (available at the door), opening acts, and more.

All Many Arms dates and a stream of their new LP lie after the jump...