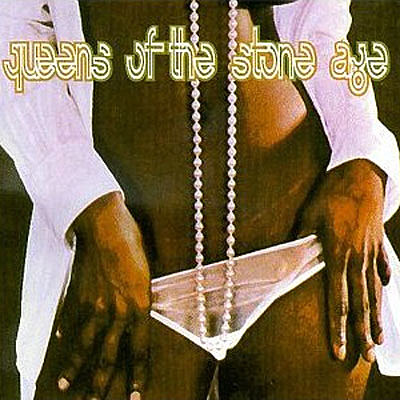 Queens of the Stone Age have announced a March and April tour, during which they will be performing their 1998 self-titled LP in its entirety (and other songs too). The LP is being re-released...

"The reissue of the first Queens' album will be happening through Rekords Rekords in partnership with Domino on 7th March 2011 and will be available on CD, double vinyl LP, and via digital download from here. The record has been remastered from the original tapes and features three additional tracks: The Bronze, These Aren't the Droids Your Looking For (from the split EP from '98) and Spiders and Vinegaroons (taken from the Kyuss/QOTSA split EP.)"

"..to celebrate the re-release of Queens Of The Stone Age eponymous 1st album, Rekords Rekords are releasing a VERY limited edition 7" of How To Handle A Rope (A Lesson In The Lariat) backed with Avon on Monday 28th February 2011. It will be sold exclusively here. It's limited to 1000 copies, all individually numbered, so we all know what that means; sleep on it and you haven't got a hope in Hell of owning a copy, unless you feel okay about forking out some stupid money on eBay."

The tour kicks off on March 18th in New Orleans. It hits the Riv on April 1st. Tickets go on sale Friday February 18th at 10AM CST.