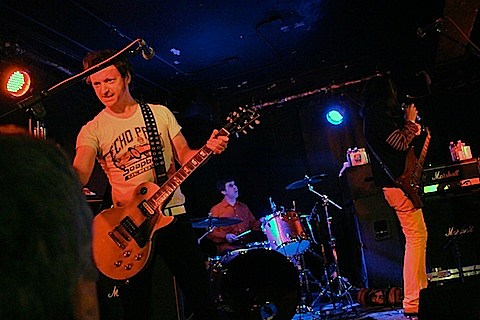 California-based outfit Red Kross returned with their first album in 15-years in 2012, titled Researching the Blues. They also did a bit of touring in support of the LP, which included a headlining performance at HoZac Blackout Fest 2012 at the Empty Bottle. The four-piece are set to tour Australia with Dinosaur Jr. in March, and they have also announced that they'll be playing the Empty Bottle again on April 13. Tickets for the Chicago show go on sale TODAY (Wednesday, January 23) at noon CST.

All known Redd Kross tour dates, a stream of Researching the Blues, and a couple of videos are below...