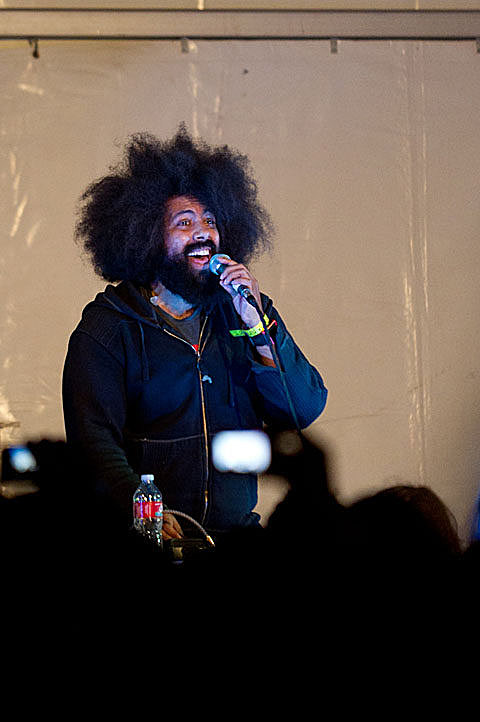 Musician/comedian Reggie Watts will head out on tour throughout North America this spring, making a stop at the Vic Theatre on May 16. Tickets go on sale this Saturday (March 31), at 10AM CST. Check out his full spring schedule at the bottom of this post.

As mentioned by BrooklynVegan, Watts recently recorded an original soundtrack for Ridley Scott's Legend. Download the entire piece at BV.