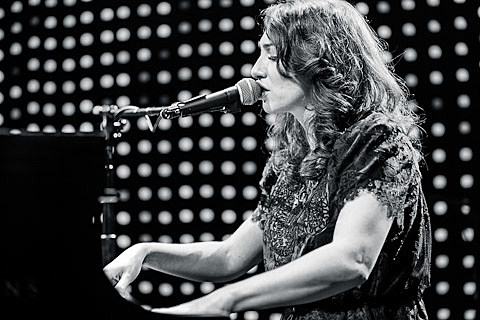 Regina Spektor welcomed her new album, What We Saw from the Cheap Seats, earlier this year and is continuing to tour in support of it. She has a few shows scheduled for this month and then will kick off a fall North American tour in October. That tour includes a performance at The Chicago Theatre on October 17. Tickets for that show are not on sale yet, but check the theatre's website for updates.

The tour features support from Only Son (aka ex-Moldy Peaches member Jack Dishel), whose album includes a duet with Spektor titled "Call Them Brothers." The video for that track and all tour dates are below...