Retribution Gospel Choir @ Schubas in May (more by Grant MacAllister) 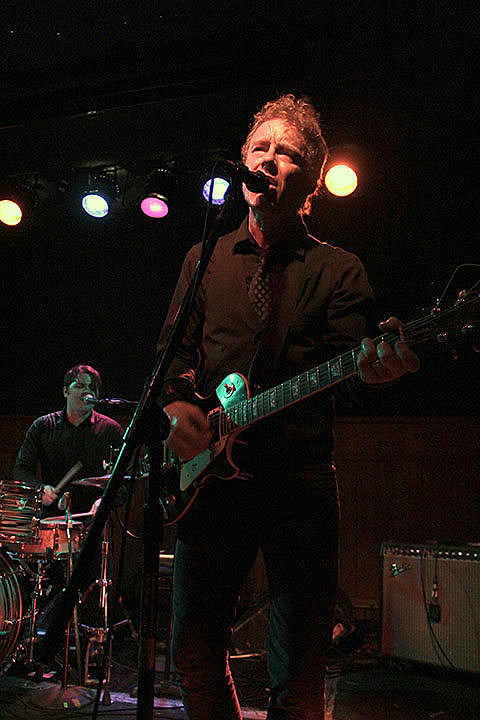 Retribution Gospel Choir, the side project of Low members Alan Sparhawk and Steve Garrington, are gearing up for the release of their third full length album, called 3... of course, due out on January 22 via Chaperone Records. A self-induced Q&A with Mr. Sparhawk explains things pretty well:

One song per side, this radio-format-challenged record will come out January 22, 2013 on Chaperone Records. Side A "Can't Walk Out" is the crown jewel of recent RGC live shows with it's repetitive, building, almost free, freakout - so far, probably the most accurate recording of what the band brings to the stage. Side B "Seven" sees the more sprawling side of the band - haunting, epic, and enhanced throughout by guest guitarist Nels Cline. These songs were tracked live, playing together in the same room, one take each.

A friend of mine used to play Frank Zappa's "Uncle Meat" at 16 rpm all the time. How do you recover from that?

Retribution Gospel Choir will be touring the US in support of 3 this winter. That tour includes a February 9 performance at Schubas - where they played when they were last in town. Tickets go on sale TODAY at noon CST. All RGC tour dates are listed below.

In related news, Low are also releasing a new album in 2013. The Jeff Tweedy-produced LP will be arriving on March 19, and marks Low's 20th anniversary as an outfit. You can check out a trailer for that album at the bottom of this post.

All RGC tour dates and a trailer for Low's 10th LP are below...

Alan and Mimi of Low are featured on this song; it's a great one.