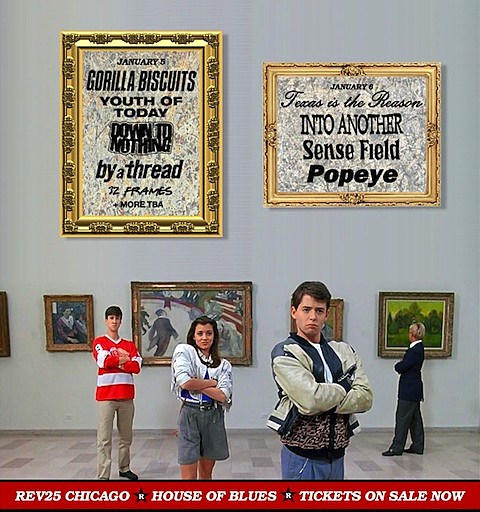 As discussed, Revelation Records are celebrating their 25th anniversary in Chicago with a weekend of shows at the House of Blues. There were originally three shows-- one each night from January 4-6-- but January 4 has since been pulled from the schedule. Ray Cappo's Shelter are no longer slated to perform, but most other acts have been able to join the Saturday (1/5) lineup.

January 6
Texas Is the Reason
Into Another
Sense Field
Popeye

Tickets for January 5, January 6, and a two-day pass are still available.

Some related videos are below...