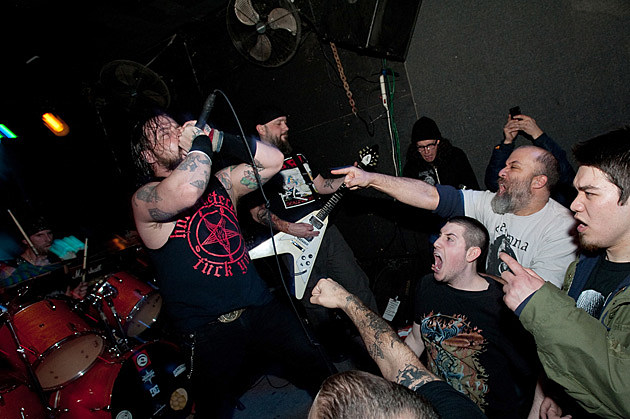 Cleveland hardcore/metal favorites Ringworm will embark on a string of dates in early June as the band readies its new material for release at new label home Relapse. Noisem, Mutilation Rites and Encrust will join the band on their quest for the most violent pit, hitting Cobra Lounge on June 8 (no MR, though). Ticketing info is on the way.

In other news, look for Ringworm to drop an old demo in vinyl form via A389 on Record Store Day. Stream that 1991 release below alongside all dates.