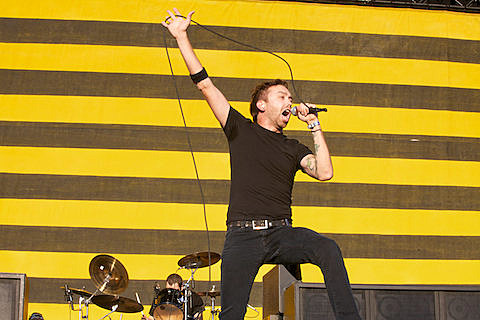 Rise Against are heading out on tour with Touche Amore and Radkey this fall, but their stop in Chicago is a bit different than other dates. The three bands play Aragon Ballroom on September 11 in the Riot Fest 10th Anniversary show with The Lawrence Arms. Tickets for that show are on sale now, and tickets for Riot Fest Chicago are still available.

Full tour schedule for the Rise Against/Touche Amore/Radkey tour is available at BrooklynVegan. Check out a few videos below...

Rise Against - "I Don't Want To Be Here Anymore"