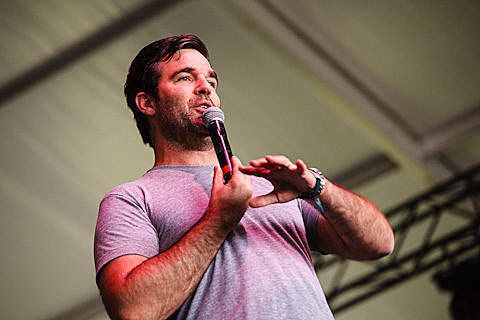 Funnyman and Twitter fiend Rob Delaney has expanded his fall international tour schedule. That tour, which hasn't been announced in full, now includes a Chicago show at the Athenaeum Theater on November 30. Tickets go on sale this Friday (8/24) at noon CST.

Delaney is also releasing a standup comedy special, titled Live at the Bowery Ballroom, on September 4. You can preorder digital and DVD copies of the release via his website.

All known Rob Delaney dates are listed below...